Mary McNulty on Requiem: The West Wing…all over now

The sea-change in the artistic output of America, often so dark and depressing these days, reflects public anger about loss of identity (due to global competition, loss of work, and the falling standards of living experienced by all but a few). There’s been a loss of innocence, due to the relative freedom of new media, the availability of more information overall, selective bias on part of media consumers, resultant cynicism, and feelings of futility, rage, self destruction. I, too, long for the political fantasy of The West Wing, fear that House of Cards could be closer to the truth, but believe that often a powerful work of art can move ordinary people and politicians where mere politics fails us.

I’m from County Down originally, but lived in the United States for 33 years before retiring back home, American husband in tow, adult children abandoned to challenging lives in the struggling superpower. Our two boys wouldn’t countenance a move to the cold, wet, sectarian Ireland of their summer vacations. Stalwart Americans, they confidently await our return, while we, viewing the Fight Club atmosphere of this latest presidential election and the ever-rising toll of guns, are resolved to keep our distance.

‘There’s a lot of ruin in a nation,’ Adam Smith says. Despite record profits for corporate investors, vast tracts of America suffer in the wake of serial de-industrializations due to outsourcing, global competition and robot workers. Meanwhile, burgeoning corporate agriculture is sustained by cheap, compliant, barely-legal immigrant labor. There are inadequate economic protections or social supports in most states. As a result, there’s been a slow descent into the kind of resentful, self-hating poverty that only a wealthy nation can produce. Goaded by right wing politicians, many newly poor, those who have fallen out relative middle class security, alternate between irrational hope and despairing rage.

As a local Democratic Party member, I canvassed door to door in Maine–the whitest state in the US. Its long, lovely coast is home to some of America’s Old Money scions, but inland lie desolate mill towns and pockets of rural desperation. Most recently, I campaigned for Barack Obama and a slate of liberal, well-educated, well-heeled candidates, all of whom promised saner policies than Republicans for health care, education, and the general welfare of the people. On my own little campaign trail, I encountered poverty so desperate that I literally reeled: wooden shacks where the door frame sat away from the collapsing walls, admitting mosquitoes and other disease-carrying insects in summer and below-zero winds in winter. I crossed one moss-covered porch only to sink through the rotten boards before I could rap. A family with young children lived there. Elsewhere, I found resignation: I didn’t broach politics with the elderly woman who confessed with a wan smile that she’d rather spend her few dollars on seed for wild birds than feed herself. So we talked birds and watched a rose-breasted grosbeak land at her feeder.

There was rage, too: after walking up a long lane toward a neglected farmhouse, I didn’t have time to speak or hand out political tracts to the man who leapt off his tractor and threatened to shoot me if I didn’t get off his land. Another house, down leafy fall road so lovely it might have graced a New England calendar, was so dark and barricaded that I didn’t dare approach.

Such is the political schizophrenia affecting these and other Americans that Mainers elected the first black president, Barack Obama, and, in the very same election, choose candidates who can best be described as racist, pro-gun dingalings.

How does the obscene wealth and power of the few, the poverty and anger of the many, and increasing political schizophrenia in the nation effect the creative outpourings of American writers, artists, and film makers? In the past five or so there’s been an uptick in dark, cynical, violent and horrific dramas. In part, it’s due to looser standards for the likes of Netflix for sexual content and violence.

But let me address The West Wing (which I loved in the way I love It’s a Wonderful Life, or White Christmas). It was made for American Prime Time television more than fifteen years ago. As a portrayal of courage, decency, and political competence it cleverly invokes Kennedy at one time and Clinton another. It unashamedly harks back to a Mr. Smith Goes to Washington, Golden Age of Politics, a time that we miss so much today; a time that sadly never really existed. In truth, we were somewhat sheltered in the past, by censorship and self-censorship, from the greasy, sleazy, sexually predatory and financially exploitative realities of both American politics and American everyday life. Newspapers and the movie industry were tightly monitored (and not only by Catholic bishops). Media colluded with the powerful to produce propaganda in wartime. In peacetime (for supposedly good and patriotic purposes), they kept unions and communists at bay; they edited out ‘undesirable’ social change; they helped keep American workers producing, reproducing, buying and investing in the great imperial enterprise.

The American empire has collapsed for all but a few. America’s newspapers have dwindled to a handful. Many that survive are sustained by parallel enterprises in educational software. There’s enormous competition for prime time programming from hundreds of cable channels and downloadable entertainment. Censorship seems a thing of the past. In one sense, freed from previous restraints, there is a blossoming of opportunities for artists, writers, film makers and pundits. Unfortunately, the gathering feast of graphic violence and pornography and virtual reality doesn’t seem to be contributing to greater political awareness, revolutionary fervour, or increased awareness of long term good and self interest. We are diverted, not inspired. We are entertained, but not, to use an old-fashioned term, ‘uplifted’.

Franz Kafka famously said: ‘art (books, specifically), should be an axe to break the frozen sea within us.’ Perhaps we need less reassurance and nostalgia from our writers (West Wing), but also less fear and revulsion (House of Cards, Game of Thrones). It’s hard to recall (failing memory?) books and recent books or movies or series that axed open my frozen sea. From the past, these few works come to mind: Willa Cather’s novel of frontier life in Nebraska, My Antonia; Alice Munro’s short story, set on the Canadian frontier, Meneseteung; Kenneth Koch’s poem, One Train May Hide Another, and the movies, Midnight Cowboy and Pele The Conqueror (Swedish, that last one, starring Max Von Sydow). All left me temporarily stunned, feeling one hundred percent human myself and full of pity for the human condition. Maybe that’s too much to ask for Made for TV and Netflix series.

(When I read this I immediately wrote back and asked Mary for permission to share it. She wrote back:)

I couldn’t bring my books home to Ireland, so I lack the facility these days to just reach back and grab a title that won’t come to mind. But I had Edna O’Brien’s book of short stories A Fanatic Heart at my elbow and simply forgot about it. It’s the age thing. And then–I just remembered–there’s A Fatal Shore, by Robert Hughes.

My father, who’s eighty-seven this year, started re-reading the books he loved a few years ago. These days, he sometimes re-reads a book he likes immediately, just to squeeze out the last bit of juice.

You know what…that’s set me off thinking about life-saving texts…books, poems, all of it. I hope it sets you all off, too. And think on..we have a guest poet on Sunday. It’s been a busy old week! Thank you Mary McNulty xx 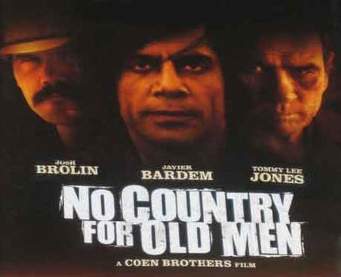