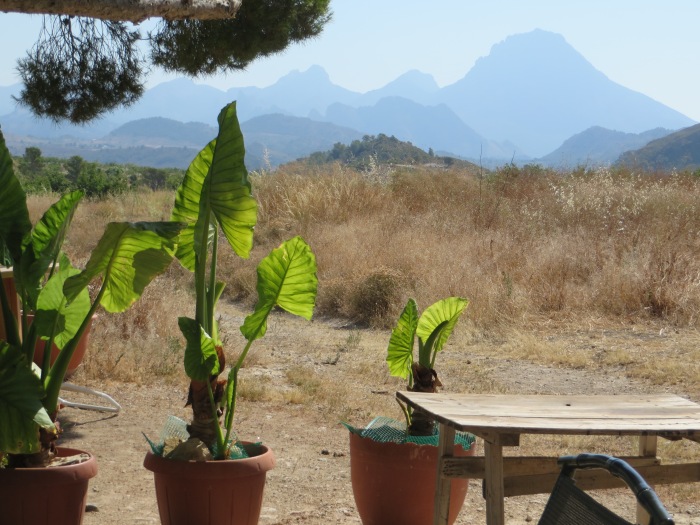 For the last five years I’ve made what has turned into a sort of pilgrimage to Relleu, a handsome village of steep narrow streets of stone setts;  a village with a shady square by the huge church. It’s surrounded by limestone ridges that step higher and higher inland. From the top of the nearest you can see the minature high rise nonsense of Benidorm, 20 or 30 kilometres away. For five years I’ve gone to residential poetry courses at the Old Olive Press of Almaserra… which is the home of the estimable Christopher North. I’ve gone to learn from tutors like Mimi Khalvati, Jane Draycott and Ann Sansom… and I’ve loved it.

A bit of a twist this year, though. Not a course, but a retreat, with just four of us writing every day. I’ll tell you more about that in another post, but the thing was that we ran our own workshops, taking turns every morning, and then, in the late afternoons, critiquing whatever we’d written that day, or brought with us. A sort of DIY Poetry Business. I’d forgotten just how much I love teaching, preparing material, setting up a task, listening, watching, guessing where to take it next. But, boy, is it intense! Just the four of you. On a Poetry Bussiness Writing day there may be up to 30 people…certainly 20;  you can hide, or unobtrusively switch off. Well you can’t do that with four. Just saying. 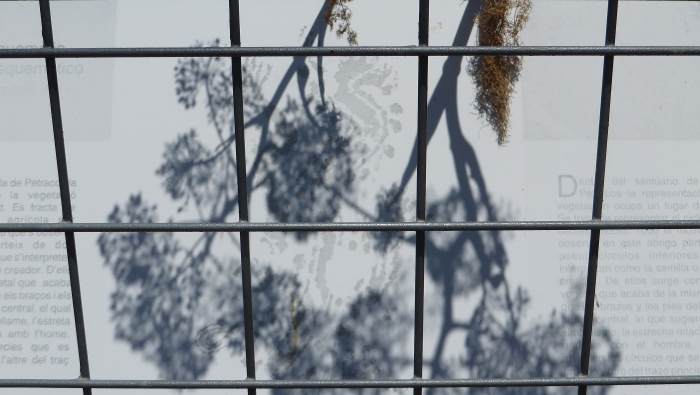 And, my words, it was hot. Far too hot for walking .. which is usually how I escape from poetry and company in the afternoons of residentials. So I made lunches, and sat by the pool (did I say there is a pool?), and had desultory swims, and dozed. And switched off. It was an oddly detached time. The wifi is intermittent and frustrating, till you just decide to stop bothering about it. So the awfulness of deranged racist murders, the beyond awfulness of a tower ablaze in Kensington, came like rumours of a distant war. The full horror of it all came all in one crash of revelation when I got home last night, when I watched the Panorama documentary. I’m still appalled, and without any words or frame of reference. I don’t know how to respond.

On Sunday night in the street where we stay ..Carre Mare de Deu del Miracle, narrow and steep all the way up to the square and the great doors of the church….. women were strewing leaves and flowers, making altars in their doorways, embroidered cloths, gimcrack crucifixes, plastic dolls and rosaries. The teenagers in the town band were checking their music at Pepe’s bar. As it grew cooler and later, you could hear them play a slow and melancholy tune through the streets. Corpus Christi. In London people were searching for the dead and politicians were turning themselves inside out to lay blame and deny responsibity. A racist lunatic drove a van into a crowd coming out from worship. Auden told us, didn’t he:

About suffering they were never wrong,
The old Masters: how well they understood
Its human position: how it takes place
While someone else is eating or opening a window or just walking dully along;

That’s how I felt about myself when I came home. I thought I’d been more alive than usual. I’d been just walking dully along, after all. What can we do but pray for serenity and courage and wisdom, and be true to one another. And remember the good things as well as the dreadful. The good things are just as true. Let me share a good thing. One day we went first to a hot limestone valley and a cave where men and women lived, 3000 years ago; after, we went to Ca Pinet…a bar and restaurant that’s a shrine to international left-wing revolution and struggle. It’s a place where you quickly learn to cultivate a kind of ambivalence. Or, at least, where I did. So, I’ll finish with a poem. My essay : what I did on my holidays. 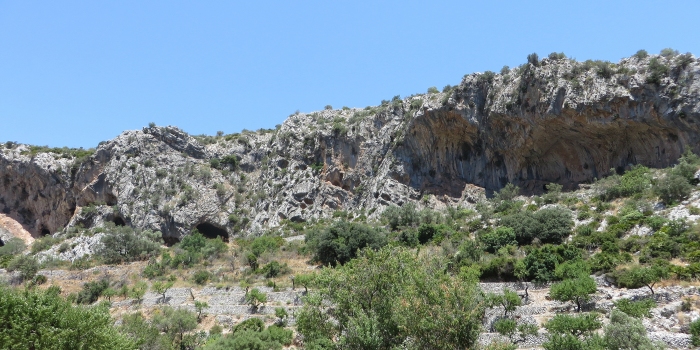 hot and still as a bakehouse;  a cave

high under a limestone overhang

scoured out by an unthinkable river.

They meant something by it, the vanished ones. 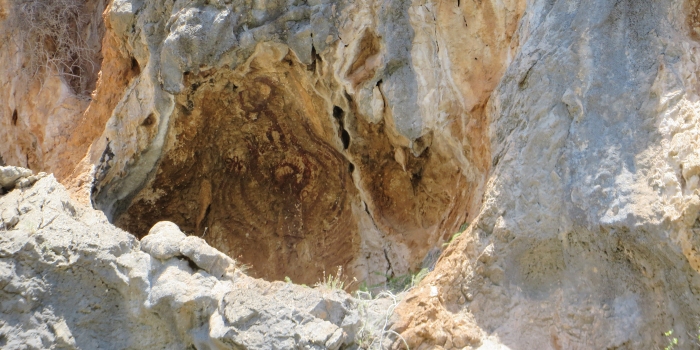 I thought of you; I remembered I owe you

a story, remembering your grandfather

who, in the middle of a battle, swopped sides,

Maybe he hoped for better boots, or bread,

or maybe he’d had his fill of Anarchists

who hated Socialists, or Communists

who hated both. Just up to here with dialectic. 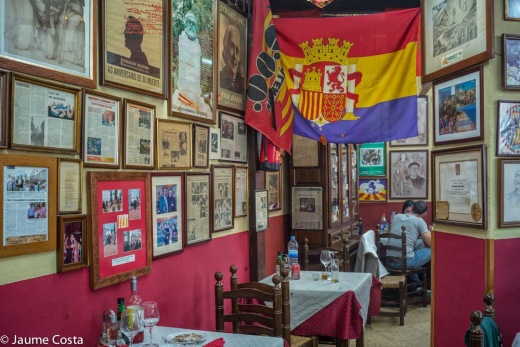 under the gaze – benign, stern, disapproving –

under the bloody banners of the Red Brigades,

the Republic’s blood and gold and purple.

¡NO PASERAN! They meant something by it. 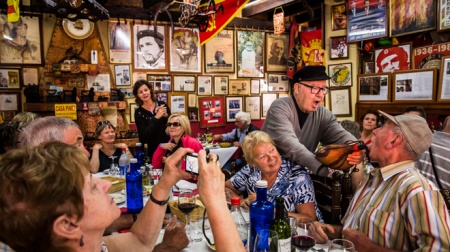 The P.A. plays the Internationale.

The olives in the salad are peppery and sharp.

it tastes of herbs. Another says: of goat, of resin.

Someone says: the paella’s on the dry side.

The Internationale unites the human race.

Rosa Luxembourg looks as though she means it.

A Russian folk song starts up. The day gets hotter.

When it comes to pay the bill, no one’s sure

what to do about a tip. We’ve read our Orwell.

No one complains about the food burned dry.

We leave a tip. Not obviously. We leave.

of your grandfather, and also of Jim Connell,

the Belfast boy in Donovan’s who wrote

in the pubs of the Shankhill and the Falls.

Jim Connell, who tried to teach the Taigs

and Prods there was just the People’s flag,

just one. Forget the Union Jack, the tricolour.

Ach, he united them alright. Papes and Proddies

as one man gave  Jim a kicking , kicked him

out of Ulster. One side kicked him for the Pope,

the other for King Billy and the Queen –

No Surrender. No Paseran. Nothing changes. 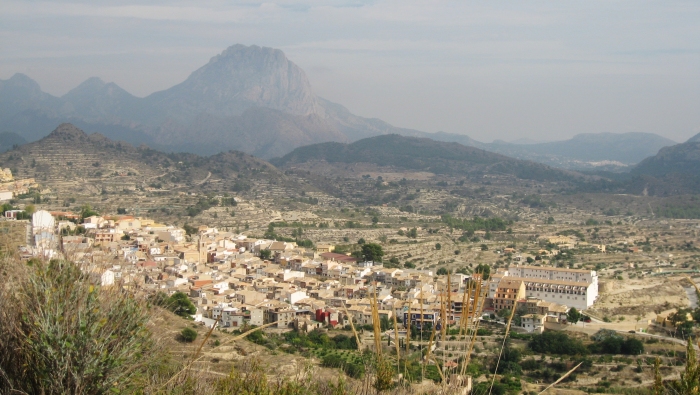 I shall be away next weekend. I will be leading a poetry workshop in Lewes as part of the South Downs Poetry Festival. 2.00-4.00 on Sunday June 25th. There’s still a few places. I’m very excited. Why not come and watch me being excited…..and you can write poems as well. Here’s a link. https://www.ticketsource.co.uk/southdownspoetryfestival  Go on. Spoil youselves.

Looking beyond that, I’m equally excited to know I’ve got some great guest poets signed up for the cobweb, AND there’ll be some ramblings about translating poetry. Until then, be kind to yourselves.

4 thoughts on “Viva Espana..or “What I did on my holidays””