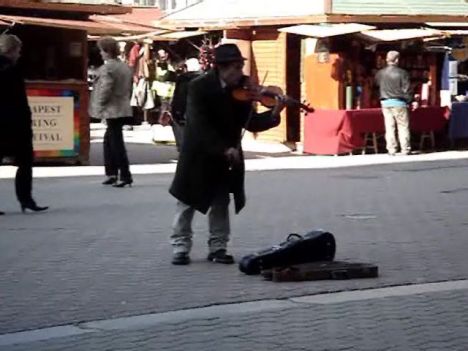 Here’s the second of the posts featuring interpretations, (translations, adaptations, or what you will) of two poems by Gyula Friewald. These two are by Hilary Elfick.

Hilary has been, in her time, a producer for BBC Radio 4, and subsequently on radio/television in New Zealand, South Africa, Kenya, Uganda and Zimbabwe, and has featured on BBC Radio 2 and BBC World Service..

An Ordinary Storm, a sequence based on Shakespeare’s The Tempest and based in Polynesia was published, performed, recorded and filmed by The University of Otago in Dunedin.. Recently she has collaborated with award-winning photographer David Malikoff on two books: Bush Fire, and Red Hill: the dreaming (Blurb Books:Australia)

her other work includes the following:

Hilary say this about the translation workshop process:

We talked about the shape of his stanzas being echoed by ours, about echoing the spirit/feeling rather than word by word, by our translations being ‘after GF’ rather than a direct translation. And in his answering our questions and so our reaching the backstory, we helped him to find, as we would in any other workshop, what he remembered and wanted to say, that was not yet present in the poem. In my version I incorporate some of that.
He is a live poet. His poems are organic, still developing. Our versions serve him when they find ways the things he discovers he wants to say, and incorporate those in our versions. Neither his Hungarian nor his English versions were yet set in stone. This was a workshop for him as well as an exercise for us.

So here we go. Like I say, I’ll reflect on the different ways in which we read and heard the heft and meanings of these two poems once I’ve finally posted my own versions tomorrow.

One music box, Early 21st C.Hungarian. Some damage to mechanism

Bulbous as a globe this mother they found yesterday,

homeless in the street. But now she’s in The System.

Has a plastic card. ‘Mental disability’.

Her husband vanished long ago. Since then

a slow descent, seeing nothing, sprawling,

struggling to find her next breath.

Those wasted years clogged by now

with the strangulated hernias of endless arguments

with righteous men in uniform,

desk-bound and backed by Law.

O, she can take her Sunday season ticket

into the Public Welfare Garden,

or in her pension-free retirement

she can slouch before Daytime Television

repeated formulae to pass all her remaining time.

To awaken her. Awaken what? Her connections now psychotic.

The System has placed her in a broken clockwork toy.

She wakes. She is Ophelia, her melodies distorted into wailing.

Trapped by old flexible springs she croons the half-remembered songs,

the pentatonic music of her childhood. She has become mechanical.

cynically feeding all her kind with explanations simple

as a Border fence, mind-numbing, as they’re meant to be,

spellbound, held in checkmate, by the scent of poisonous herbs.

The green mountains framing Buda to the north smiled in the distance.

to tower over my widowed grandmother.

The nine carpenters of my family

felled and seasoned the wood,

their stories cradling my emerging life

in the safety of the structures I watched them build.

But the rafters decayed, began to fall,

silencing the trumpets of the daffodils in my garden

where I would wait on the steps for my

A waiting that entered myth.

We lived in a backwater of the Danube,

the only river, green and muddy between the trees.

I would crouch on the banks over our own slowly silting water,

of this world on the edgelands, whole days passing, gradually blotting out

the slow fragmentation of my whole family advancing like a terrible mutilation.

If you’re faithfully following this, I feel deeply apologetic about the fact that you need to go back and forth between posts to compare the original with the reworkings. If I could overcome the formatting problems I’d do it like a shot. But I promised people I’d do this, and I’ll press on. I’ll post my own versions tomorrow, and then reflect briefly on the completely different poems that the ‘translations’ produced. Thank you for your patience x