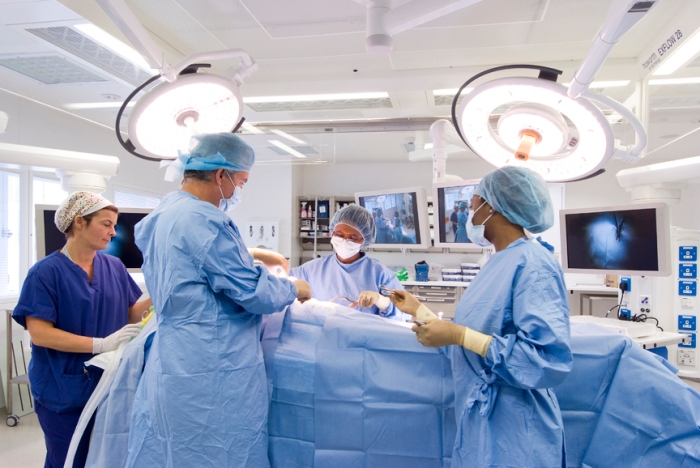 I seem to have been away for ages, and I’ve missed you. Proper post coming up on Sunday about proper poetry people, but since I spent this afternoon in a theatre very like this one, (but with not such a clear view because I was the one on the gurney), I spent some time trying not to think about the multiple injections in my forehead, and musing about how many poems about hospitals I could think of. Off the top of my head, ironically enough. Or not. I struggled. Hilary Mantel writes brilliantly about the experience of being in hospital; Norman MacCaig’s Visiting hour says all I ever want to say about hospital visiting. And U.A.Fanthorpe cornered the market in poems about patients, and doctors and hospital administrators. But, I thought…there must be loads of others. And then could not bring any to mind. No doubt you’ll put me right. Or maybe I should just put out a request on Facebook and see what happens, beyond the humiliation of not knowing what everyone else will know.

Still. I’ve spent a fair amount of time in hospitals over the last 25 years. I’ve had large and small operations, unpleasantly invasive investigations into places I’d rather not think about. I’ve hallucinated in High Dependency wards, and I’ve sat with a boy in a coma in Intensive Care (it had a happy ending). I’ve spent 100s of hours visiting old, frail parents and in-laws in geriatric wards and nursing homes. And I’m vaguely surprised that I’ve actually written maybe a dozen ‘hospital poems’. But there must be memorable ones that I don’t know and really should. Or is it that folk resort to prose when it comes to writing about illness and hospitalisation (as opposed to birth and death)?

I find that when I look at what I’ve actually written, it seems that what bothers me about hospitals is not the physical experience, the small humiliations, the pain, the discomforts and so on. I prefer my poems to grit their teeth and soldier on, and not make a fuss. What intrigues me is the way that being in hospital is like being deported to a foreign country whose language you only vaguely understand. Like this.

By now I should know

all the brusque ways of medicine and healing.

I should be fluent. Tongue-tied instead,

in over-breathed warm air, in the clutter

of trolleys, by the cheese-faced women

in drab dressing gowns, by the swish

of curtainrings, by alien everyday routines;

by the purpose of all who move with urgency,

and by coffin- shaped people on gurneys

being briskly bundled into warehouse lifts

I should be fluent in the language

of consultants, their calm ways of telling me

there’s no need to worry, that the stats are on my side,

and that this or that procedure is routine.

the comatose, swapping stories of their gites

in the Algarve, the way an Audi service

costs a fortune, the unreliability

of au pairs and phones.

By now I should be fluent.

It’s all over my head

I’m back in tomorrow for a CAT scan. For some reason I’ve always felt comfortable in XRay departments. I take a copy of Solzhenitsyn’s Cancer Ward with me. Guarantees conversation about literature…where I’m on safer ground. As I say, normal service resumes on Sunday, and I hope you’ll ll be there.