I was planning to celebrate another poet’s work today; indeed, I meant to write a review, but I’m distracted and excited by the fact that I’m off to read at Ó Bhéal’s in Cork tomorrow, wondering what the weather will do, praying this incipient cold will stay incipient till I get my reading done…in a word, nervous.

So I’ll post something already half-written, which is probably the last of this mini-sequence about where poems seem to come from, and what persuades them to turn up. I’m conscious that Julie Mellor is doing a similar thing on her blog, and I’m reading it with real interest. Because while my posts are essentially about ‘what poems are about’ hers are about how they might be generated through structured playing with language. They’re not alternative ways of thinking about writing or approaching it. They sit happily  side by side; they’re neither exclusive nor exhaustive…go and see what she’s up to. If you have time, come back and see the rest of this. Here we go.

You may or may not remember this. Michael Parkinson was reputedly incandescent afterwards and swore that ‘that **** will never work again’. What’s definite is that Rod Hull built a career out of flustering, embarrassing and attacking people by proxy. It wasn’t Rod Hull being offensive and anti-social; it was Emu, the archetypal imaginary friend who stole the cakes, dropped the dishes, tracked mud in the kitchen. An alter ego absolves you of responsibility; wearing a mask allows you to say things you wouldn’t normally dream of saying for fear of reprisal. It can also let you say things which aren’t offensive to others but which you feel afraid to confront; it frees you to speak your own uncomfortable truths. I supposes it reaches its apotheosis in drama .. especially, for me, in Shakespeare who can inhabit the characters of those like Edmund or Iago who give you access to dark places. Maskwearing, ventriloquial poetry, dramatic monologue. It doesn’t have to be dark, of course. You can choose your personae. I’m thinking of a recent guest on the cobweb, Sue Vickerman, whose alter ego,  Suki the Life Model, has a whole collection under her belt. T S Eliot borrowed Prufrock and Tiresias. Your persona can be anything you choose, benign, cuddly, sinister,amoral. 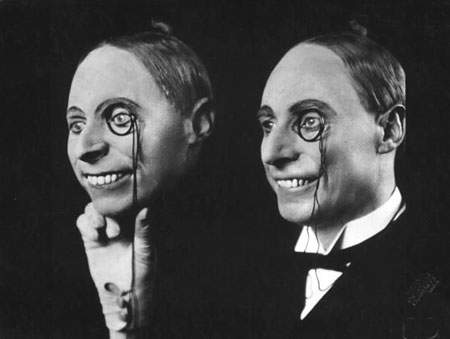 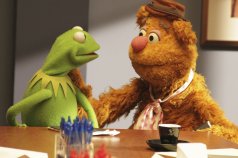 What’s certain is that, whether you like it or not,  they’ll not just give you access to imagined different ways of thinking, but also reveal yourself to yourself in ways that can surprise you. What I do know is that, for me, trying on the personalities and voices of real and imagined characters..painters, angels, gods, Lucifer (three times), and so on…is liberating. Trying the voices of women characters is also challengingly educative. I’ve managed to one poem that an exclusively female group believed was written by a women. When it works, you know you’re getting somewhere.

Two years ago I was on a residential course toured by Kim Moore and Steve Ely.  Part of what Steve asked us to do was to try on ‘transgressive voices’, and he gave us unnerving examples of personalities we could try exploring. Like the prophet Samuel. Tyndale’s translation of the Old Testament softens no edges, if you want to contemplate Samuel’s hewing Hagag to bloody bits in front of the assembled tribes. Not an easy man to like, Samuel. Anyway, having being softened up, we were invited to choose our own villain/anti-hero. Anyone. Later on I tried out Myra Hindley and Harold Shipman, but the first to come to mind was Richard the Third, of whom the goodmen of York recorded on hearing the news of Richard’s death at Bosworth :

this day was our good King Richard most greviously murdered and slain.

Here’s the first step…the notes I made, listening to Steve

It’s pretty obvious where my sympathies tend to lie…with the subversive, the Mephistophelian; the ones who in general are good with words, and have a dark humour. I’ve picked this example, because we didn’t go from the prompt direct to the draft. There was a gap of time..I can’t remember how long, but certainly a coffee break..and then an intensive bit of work producing this

I was intrigued when I went back to the notebook to see that though I was sure I wanted to try on Richard’s voice, I didn’t know where to start.What was the pivot, the core moment. Maybe something had percolated from that musing about Browning’s Duke. If someone’s talking they need to be somewhere and somewhen, and they need a reason to be talking. Who are they talking to? And I suddenly thought that this would be before his last battle, that everyone would have abandoned him except the boy who might have brought him food and who would be too afraid to run away with the others. And I thought that Richard has every right to be distracted and autocratic, but it turns out that my Richard is the one I learned from Josephine Tey’s The daughter of time..that lovely revisionist history that starts from the portrait of Richard that shows an intelligent and sensitive man. My Richard understands fear imaginatively, and he knows this boy is frightened. He might be abrupt, offhand, gruff, but he knows this boy has stayed with him, and he’s both concerned and grateful. At which point, of course, I should learn something of my own tendency to be sentimental. But I’m just happy to have found a place where Richard can convincingly stand. I’m also happy to find that he has a Yorkshire accent that I can use to displace the Lawrence Olivier stuff even while I plunder what I remember from his longer speeches. It’s got no shape yet, but it’s got substance..in the sense of things happening. It’ll do, for now. And so it sat for a couple of weeks, and then I tried it on screen, tinkered with it, took stuff out, put stuff in, worked on the blank verse, took stuff out. What surprised me was the end. I never expected that. I just know I like reading it out. Here’s the finished thing.

Boy. There’s no need for you to stay. I can fettle

all this gear. The rest have all fucked off.

Go if you’ve a mind. There’s no one’ll blame you.

I shan’t. The priest made his excuses. The ingrate

greasy sod. But I tell you this. By God,

I stand here your rightful and anointed king.

Blessed by three suns rising in the smoking frost

the day that Edward died and the Lord did grant

to us the field. Bustle then. Make yourself useful.

Buckle on this shoulder brace. Pull this strap tight.

Don’t look surprised. What did you expect?

leg, a lurching gait; not quite the monster, am I?

Never killed a man I wasn’t looking in the eye.

That bastard Richmond and his traitor’s lies…

Listen. Your age I was riding chargers.

Those slick-tongued pretty boys. I’ll tell you what.

I’ll not burn in hell for that fat whoreson, Clarence.

Drowned in a butt of malmsey? The fuck he did.

Drank himself to death, god rot him. I had

their women? Course I did. And so would you.

The Lady Anne? O yes. Spat  right in my face.

She did. I gave it time. Forget that tale

About me and her husband’s coffin.

I waited for a day or two. Don’t look like that.

A sweet armful, Anne. Said I made her laugh.

More ways than one to skin a cat. Do I see ghosts?

Round every corner, boy. Kill enough, and so will you.

All my family butchered. I can’t smell blood these days.

Right. You’ve done a grand job with these greaves.

Light a candle for me if I don’t come back.

Get yourself to York and light it there.

Give me my sword. By God’s grace I am

[from Much Possessed. smith|doorstop 2016] 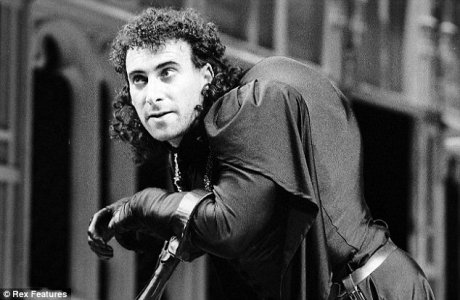 See you next week…with a proper poet.

2 thoughts on “Where all the ladders start (3)… borrowing voices”