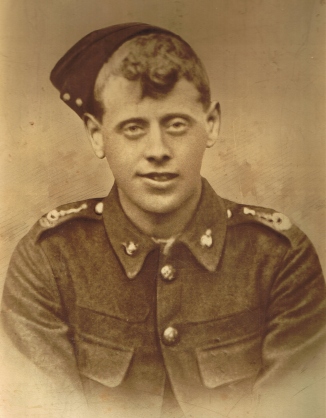 100 years since the end of WW1. My granddad, Alfred, was a sergeant in the Kings Own Yorkshire Life Infantry. He joined as a territorial some years before the war, working as a journeyman housepainter. For some time, on Armistice day I’ve posted a poem I wrote for him, and also for my grandma, Ethel.  I never knew her.

Everyone dutifully remembers the men who died in uniform, and that is right and proper. I wish we would publicly remember their wives and mothers, the ones left behind to bring up big families; there was no social security for them. They were left to fend, and those working class women often struggled to make ends meet. They often had big families. Alfred never saw active service. He wanted to, but instead of going off with the lads he called his comrades, he he was admitted to hospital and died in 2016 of Hodgkinson’s lymphoma.

Ethel managed to bring up my mum, my two aunts and my uncle. She gradually grew profoundly deaf. The isolation fed depression and in the 1930s she took her own life. Remember the women left behind. Remember them.

There he is. Grinning and unsoldierly,

the despair of the RSM. The joker in the trench.

Except, I’ve no way of knowing if he ever was.

Ypres and Mons and Passchendale

meant no more to him than Chapel hymn tune names –

father of four, and husband of (I think)

a small girl, left all alone to scrat and fend.

My grandma, Ethel, who went deaf, who sat

with her head in the swelling horn

of the wind-up gramophone.

Listened to the scratchy tinnitus

of brittle shellac  records until

they hissed like the sea on a shingly shore.

Who drowned herself, a poor Ophelia,

in the beck that ran hot from dyehouses,

than ran blue and plum and crimson red.

Who died (I think) wreathed in bindweed,

and the pink of balsam, sour as a sink 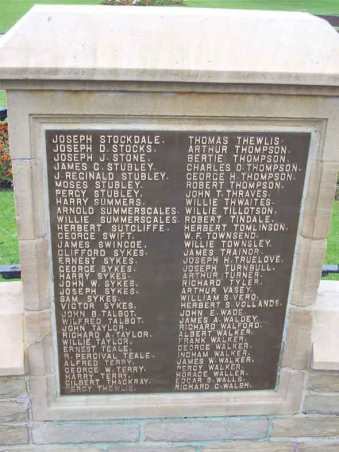